UPDATE: Unfortunately the planned four hour outage lasted more than six hours. Tideland had rented a marsh master to access the repair site. However, the area proved to be much too wet and unstable for the marsh master and crews were forced to manually climb the structures using ladders. Power was restored at 6:18 am.
______________________________________________________________________________
Tideland will conduct a four hour planned outage on the 115 kV subtransmission line that traverses Hyde County's Leechville Bridge beginning at 12:01 am, Wednesday, May 12. Approximately 2,718 metered services will be impacted. The outage was initially scheduled to repair a broken guy wire and a damaged jumper. However, given the logistics involved in reaching the damaged area the co-op decided to take a longer outage and conduct preventative maintenance while specialized equipment and contract crews are already on site. Therefore, crews will also be replacing aging cross arms and other components on the distribution circuit which resides below the 115 kV line.
During the planned outage, power will be shut off to the following substations:

*Tideland will be able to redirect power to the entire Rose Acre circuit and a portion of the Dowry Creek circuit from a tie line to the Pungo circuit out of our Pantego substation so those members on the Ponzer substation will not be impacted by the planned outage.

Tideland is utilizing both its automated phone notification system and its outage text messaging service to notify members who will be impacted by the outage. This is one reason it is so important to keep your account profile up to date with your current contact information. You can update your account profile online via the member portal.
Before turning in Tuesday night, be sure to set a backup alarm on your cell phone or using a battery operated clock to avoid oversleeping Wednesday morning.

Image 1: A view of the impacted section of line from Tideland EMC's mapping system

Image 2: The area circled in red represents the pole that contains the damaged equipment. Because Tideland trucks can't access these structures due to marsh conditions, the co-op has contracted with Lee Electrical to bring in their "marsh master" so we can reach the work area.

Image 3: A close up of the damage crews will be repairing during the planned outage. 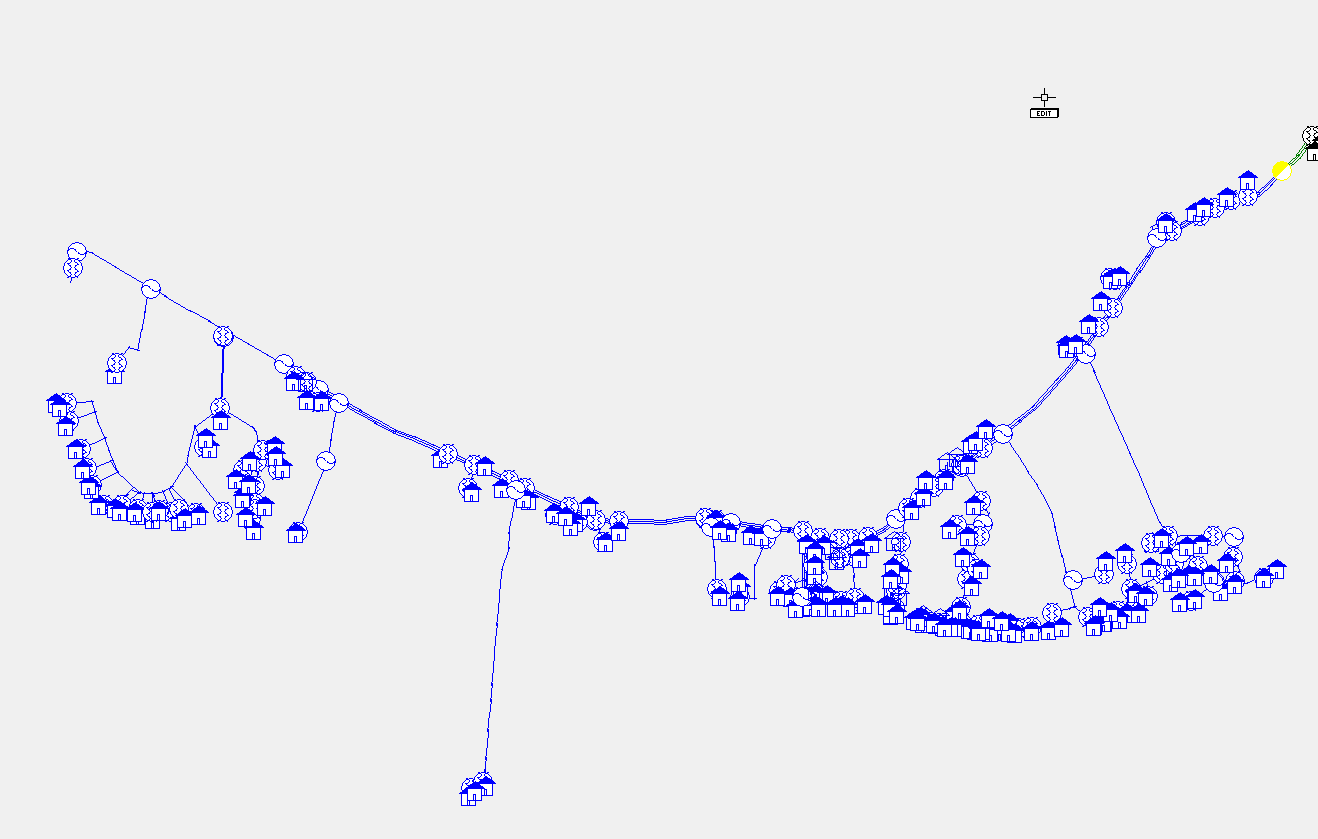 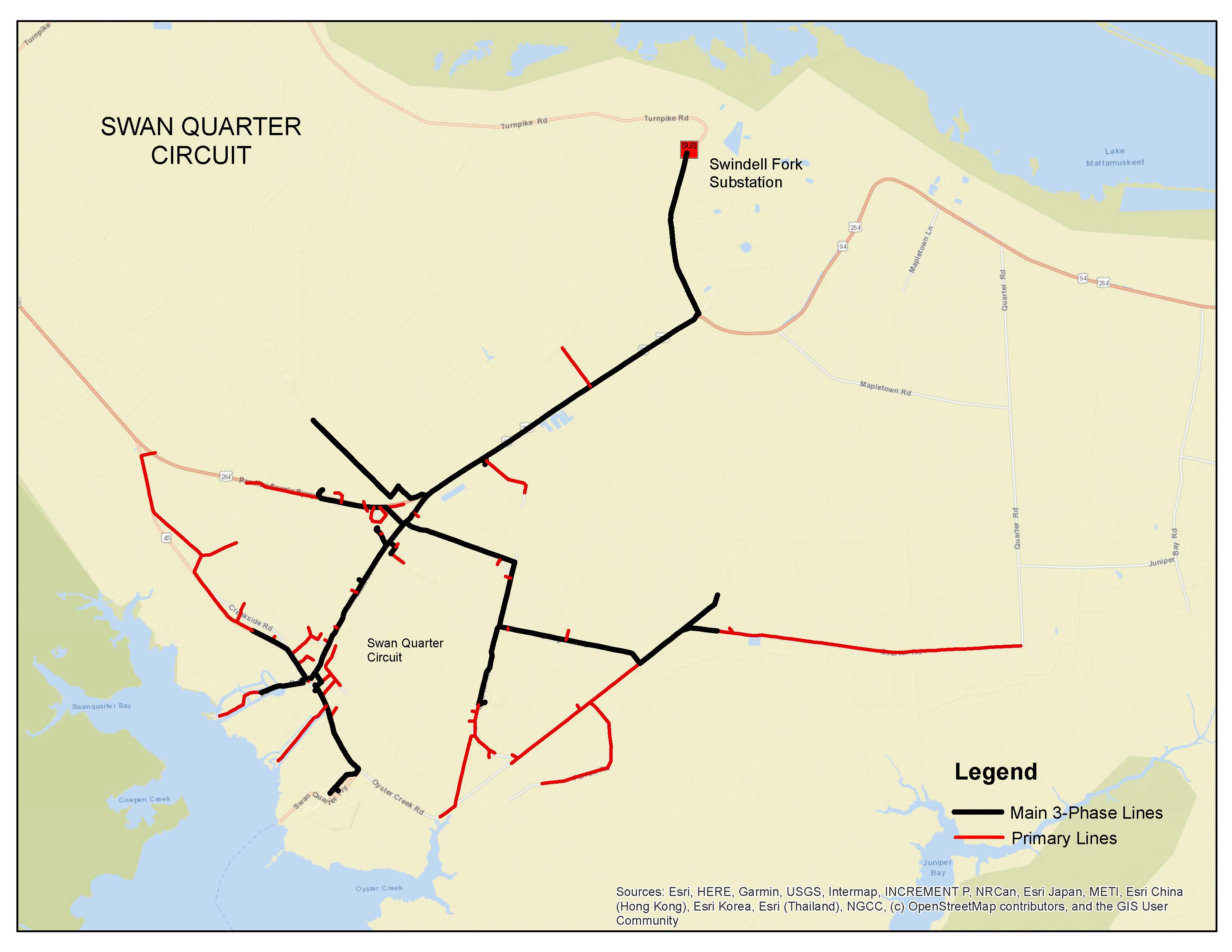